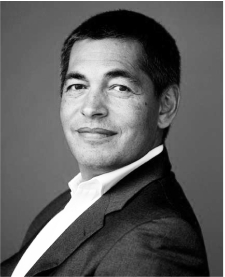 Kenneth Plummer (born 1961), who holds a M.Sc. (Economy), has extensive CEO and non-executive board experience from a range of private and public organisations in Denmark and abroad.

Kenneth is the CEO of Ronald A/S, and has held similar roles in Mattel Northern Europe, Nordisk Film, DR Danish Broadcasting Corporation (Director General) and M2Film. Kenneth is serving on the advisory board of Ordrupgaard museum and as a non-executive director of Descom A/S.

Kenneth joined the board of CBS Executive Fonden, as its chairman, in August 2006 – and in December of 2010 he became the vice chairman. In March 2011 he returned to the chair. Kenneth is a dependent non-executive director – and his relevant competences include more than 30 years of top management and board experience.