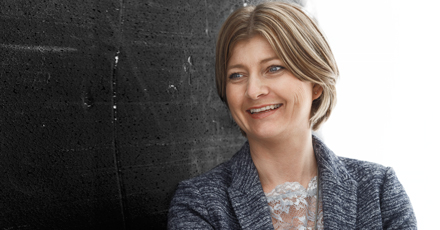 I am a self-proclaimed “gender provocateur” – a title I have borrowed from the book: ”Knæk kønnets koder” (red. ”Cracking the Gender Code”) by Betina Rennison.  Yet it captures the essence of my objective: To continuously challenge the gender imbalance amongst executives by addressing its cause, which in my view is too often ignored by both men and women.

Despite political efforts, the past 10 years have seen little progress in gender equality in top management positions. While Denmark has some of the world’s best-educated women, there are still too few of them who bring their competencies and long leadership experience to the top level.

It is a shame and a loss to Danish corporations, who are missing out on the full benefit of female talent and the advantages of diversity in their leadership groups.

As a “gender provocateur”, my mission is to prompt debate – not criticism. I find it particularly interesting that according to statistics, the number of women in Danish leadership groups has more or less stagnated, when at the same time several analyses, (e.g. INSEAD 2009)1 reveal, that confidence in female leaders is increasing and that women score high on essential parameters in leadership evaluations.

I am fully aware that complete gender equality in leadership is a long haul, but I am taking the liberty of questioning the approach of Danish corporations towards encouraging women’s advancement.

I believe that we should focus our efforts on two areas:

1. A shift in Danish leadership culture towards eliminating gender bias in talent pipeline development.  Participant profile analyses and enrolment statistics at CBS Executive reveal that women have the competencies, they seek education, and they want to go all the way to the top. On the CBS Executive Board Leadership programmes, 40% of the participants are women. The question is: Why is this representation of women not reflected in Danish corporate boards’ membership lists? I believe the explanation is to be found in the deeply rooted gender stereotyping in the organisations’ succession planning and recruitment processes.

2. Women-only leadership programmes with the purpose of strengthening female talent pipeline and to encourage women to pursue their career paths to the top.

Is it enough for the women to speak up?

During my time as a programme director at CBS Executive and from my collaboration with many large Danish corporations, I have noticed a general appreciation of the strategic benefits of closing the leadership gender gap and the motivation behind their efforts in narrowing the gap is to avoid losing 50% of their talent pools.

Despite my full recognition of the validity of this argument, I am still worried about its ”blind spots”, because  in my view it is based on an implicit notion that everyone has equal opportunities, if only women start stepping up to the plate and have the right skills2.

While this may be the case, I also encourage corporations to understand the corporate cultural barriers for women taking on leading positions by asking why too many women choose to remain on middle manager level. Secondly, corporations should focus on strengthening the managers’ abilities to spot and groom talents of both genders – this means addressing the glass ceiling. One could begin by asking relevant and easy questions, such as:  How is our management-employee relationship? How do we spot talent? What are our hiring and promotion procedures?

Do you have the courage to break the glass ceiling?

I may be rocking the boat a bit here, but based on research and on my experience from many years as a provider and developer of leadership programmes, including the ”Leading Women” programme at CBS Executive, I have to ask this question.

From CBS Executive customers I often hear examples that prove the existence of the glass ceiling. Therefore, if we want to increase the number of leading women, it is essential that the talent development debate comprises the gender bias issue. It is essential that we address the unconscious biases against women in management, which are the most powerful forces preventing corporations from closing the leadership gender gap, because even though women enjoy high leadership evaluation scores amongst management, colleagues and staff, (see INSEAD analysis1), the definition of a good leader still has its base in – what we tend to believe – are masculine leadership values.

Therefore, I encourage Danish business leaders to find their inner “gender provocateurs” recognising that increasing the number of women in management requires organisational changes towards a new gender mind set. It also requires that the organisations identify the corporate cultural barriers for more women in management and implement concrete action plans to eliminate these barriers. It is all about leadership and HR policies. At the same time, women must be challenged and empowered, so that they too can release their “gender provocateurs” and find the motivation and the desire to stay on their career paths – all the way to the top.

Learn to better navigate the business landscape Leading Women is a transformational leadership program that blends personal leadership development with enriching debates about gender diversity. The program is […]

What is your current position?

What is your goal?

Professional update
Select one or more

What is your preferred program duration?